This year I had the pleasure of going to Beaufort, South Carolina to complete my 2 weeks with the Navy.

I decided to make this a family trip and brought the entire family.  I was excited to search online for fun things to do in Beaufort with kids.

I will be honest, I was a little nervous about us living in a hotel for two weeks with my husband and two little ones.

But I told myself that I would either miss them terribly and feel guilty for leaving my family while I was away for 2 weeks. Or they would drive me crazy in that hotel room for 2 weeks.

To my surprise, the trip went well.  The kids did great during the 2 weeks in the hotel.

There were very few tantrums the entire time we were in Beaufort.

I think it has to do with my husband and I keeping them pretty busy while we were in Beaufort. 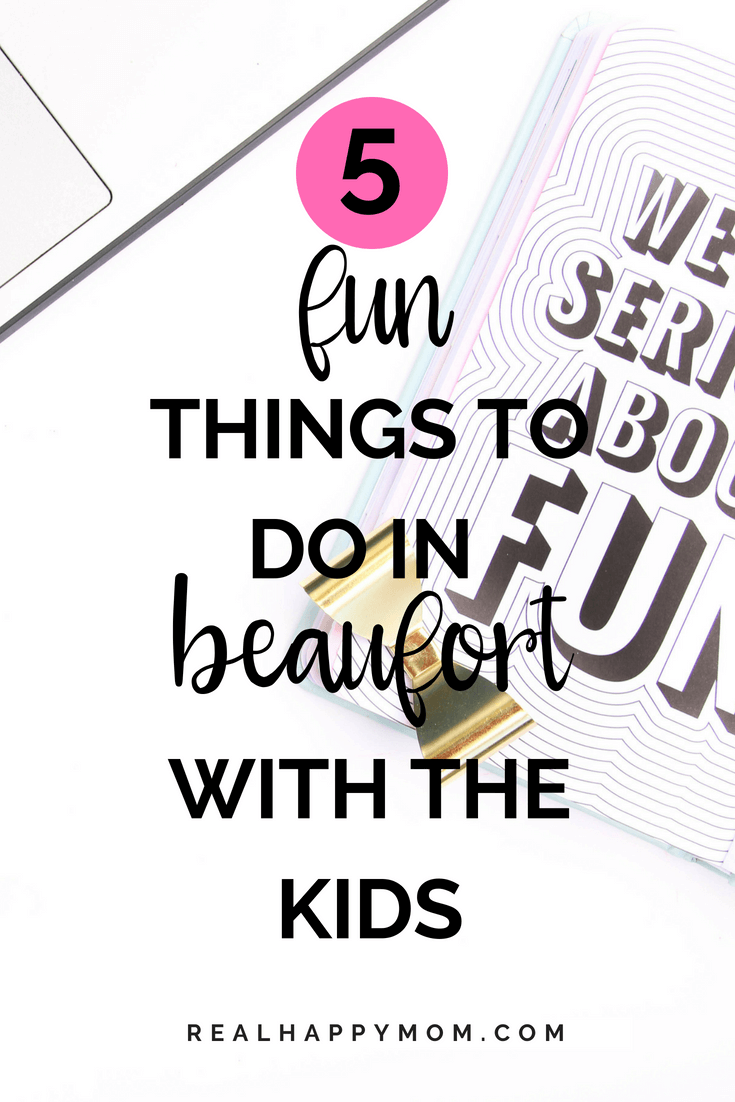 The post contains affiliate links.  That means if you use the links and make a purchase, I may receive a commission at no charge to you.

Before I left there were two places that I knew I wanted to take the kids.  That is the beach and this children’s museum I found online called the Sandbox.

First thing I ask the receptionist at the hotel after I checked in is where is the nearest beach.

I had heard about Hilton Head beach before and knew that I wanted to visit.  But I was hoping to go to another beach closer by.

The receptionist recommended Huntington Beach and I am glad that she did.  The beach was about 20 minutes from the hotel in Beaufort.  It is a state park with a beach, camping grounds, and trails.

You do have to pay to get in.  That was the one minor detail that the receptionist left out.

The kids and I really enjoyed our time at this beach because it was not crowded and beautiful to sit and look at.  Even though we were there in the summer and it was hot, the breeze off the ocean kept us comfortable.

I made sure to bring the kids [amazon_textlink asin=’B01DOE5E8G’ text=’beach toys’ template=’ProductLink’ store=’realhappymom-20′ marketplace=’US’ link_id=’cef5ccf6-9fa7-11e8-b0f7-f53efec0ea2f’] and my son brought a few of his cars and trucks.  Surprisingly he wanted to be in the water more than he wanted to play with the toys.

I had fun playing the kids in the water and collecting seashells.

We ended up coming back to this beach 3 more times before we left. 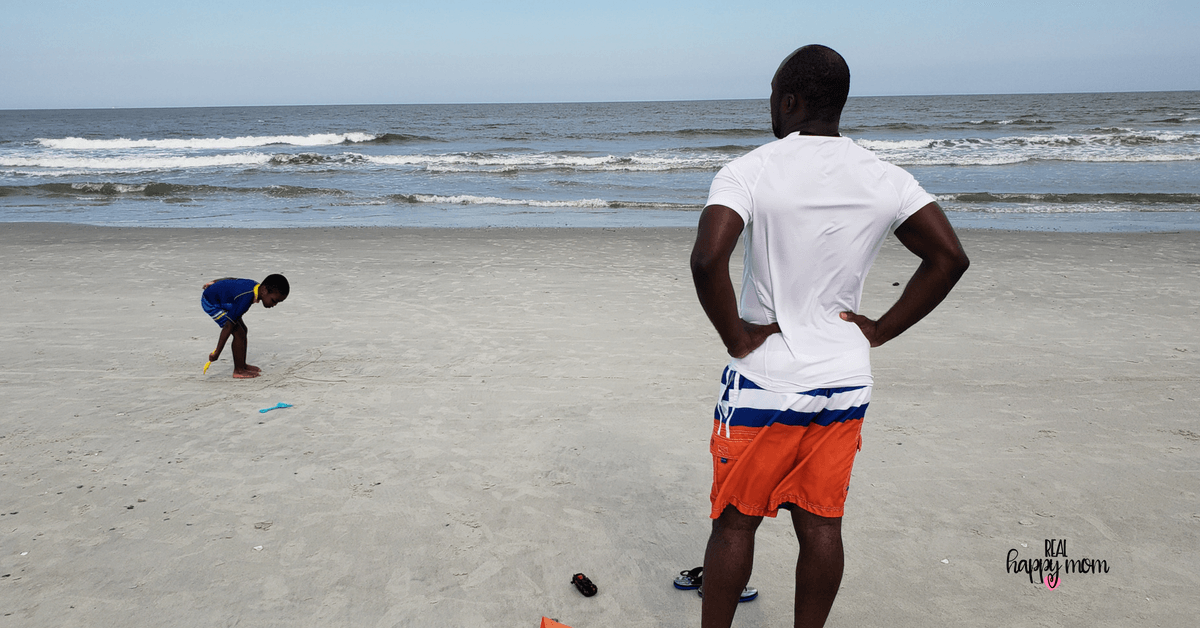 There was so much buzz around Hilton Head that I had to go and see what everyone was talking about.  It is a bit of a drive from Beaufort.

It was almost an hour of drive time with traffic to get to Hilton Head.  I made sure to make our visit to Hilton Head on the weekend so that we could stay the entire day.

I must say the town is beautiful.  There are many places to play golf and gorgeous beaches.

In Hilton Head is this cool place for kids called The Sandbox.  If you have little ones you have to go here.

There is so much to do for all ages. There are books, toys, painting and so much more for the kids to get into.  I like to think of this place as a huge playroom for kids. 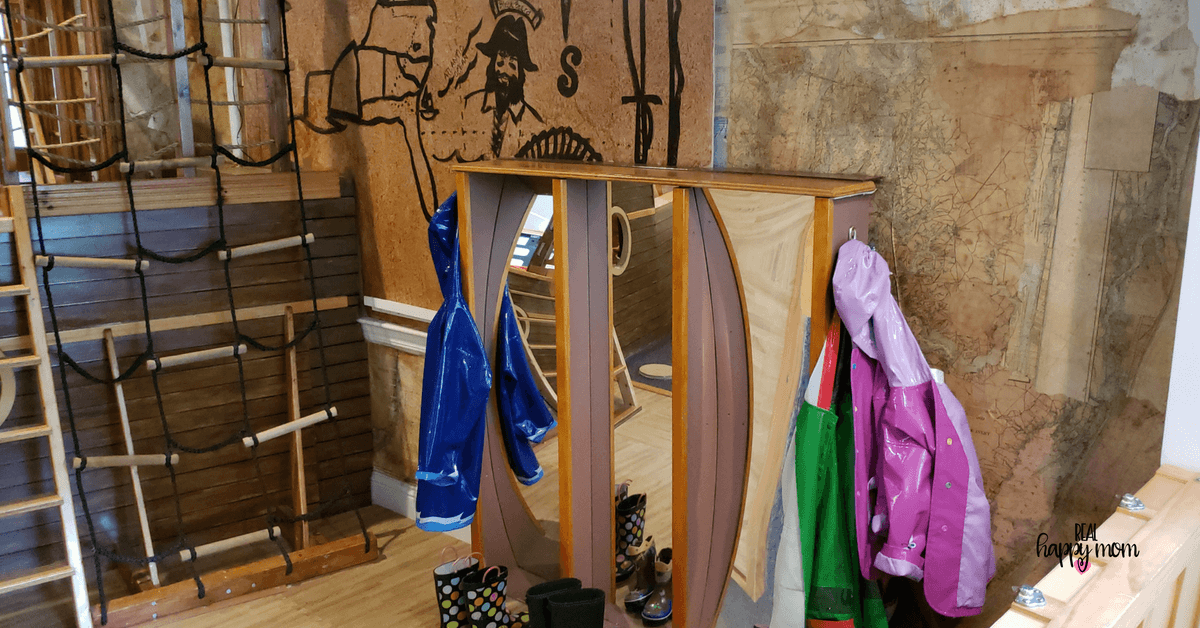 My kids had a blast!

A few things to note about visiting Sandbox is there is an admission fee.  Once you leave you to have to pay to come back in again.

I would advise starting there in the morning or right after lunch and let the kids play until they get tired.

This was our first stop when we arrived in Hilton Head.  The kids play until lunchtime.

The lady that worked there did say that my husband or I could go and get lunch while the kids stayed and then eat lunch on the porch so that we wouldn’t have to pay the admission fee again.

You cannot eat inside of the building.  So you have to either leave and get lunch or make sure to you bring food with you.

A few tips for making the most of your time.

After spending the morning at Sandbox we grab something quickly and headed to the beach.  This was the hard part.  Finding parking.

There is one public parking lot and it gets full fast.  We ended up parking a ways away and I was worried about walking with the kids to the beach in the heat.  Luckily this gentleman that worked for one of the resorts saw us in a golf cart and gave us a ride.

We stayed at the beach until it was time to get ready for dinner.  I wish that I would have booked a night at one of the hotels on the beach so that I wouldn’t have to worry about parking and for easy access to the beach.

This beach was beautiful, but it was much more crowded compared to Huntington Beach.

We ended up leaving around 5 pm because the kids were cranky, tired and hungry.

In Beaufort, there are many restaurants to choose from.  One thing I did notice is there seems to be a bar in every restaurant we visited.  I was a little worried about that with the kids, but it was just fine.

Once place I heard someone talk about was downtown by the waterfront.  There is a covered playground for the kiddos.

Even though it was extremely hot the day that we went, because it is covered, it didn’t feel so bad. 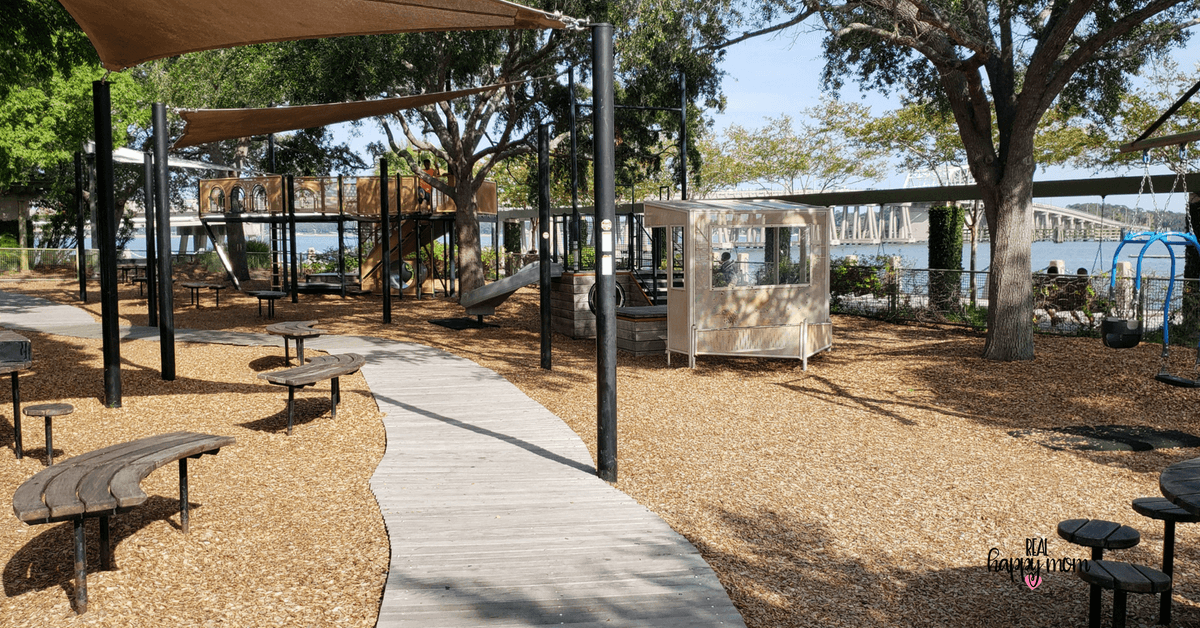 I went to Beaufort in the middle of June and it was very hot and humid.

If you are visiting during cooler times of the year, there are plenty of places to sit near the water with gorgeous views. 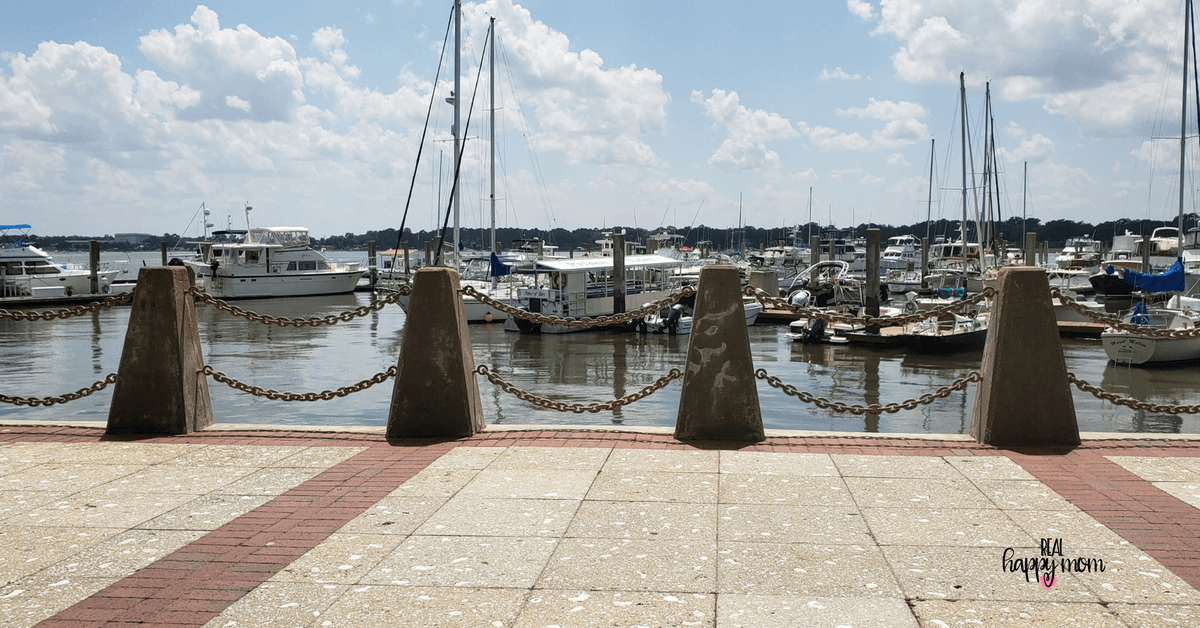 Beaufort is a really old town with lots of history.  The next time I come to visit I would love to explore the history there.  I will definitely have more fun activities planned for the kids to do.

Charleston and Savannah are not too far away from Beaufort either.  Instead of going to Hilton Head over the weekend, I would go to Charleston or Savannah.

If you have visited Beaufort, let me know in the comments other places to visit. 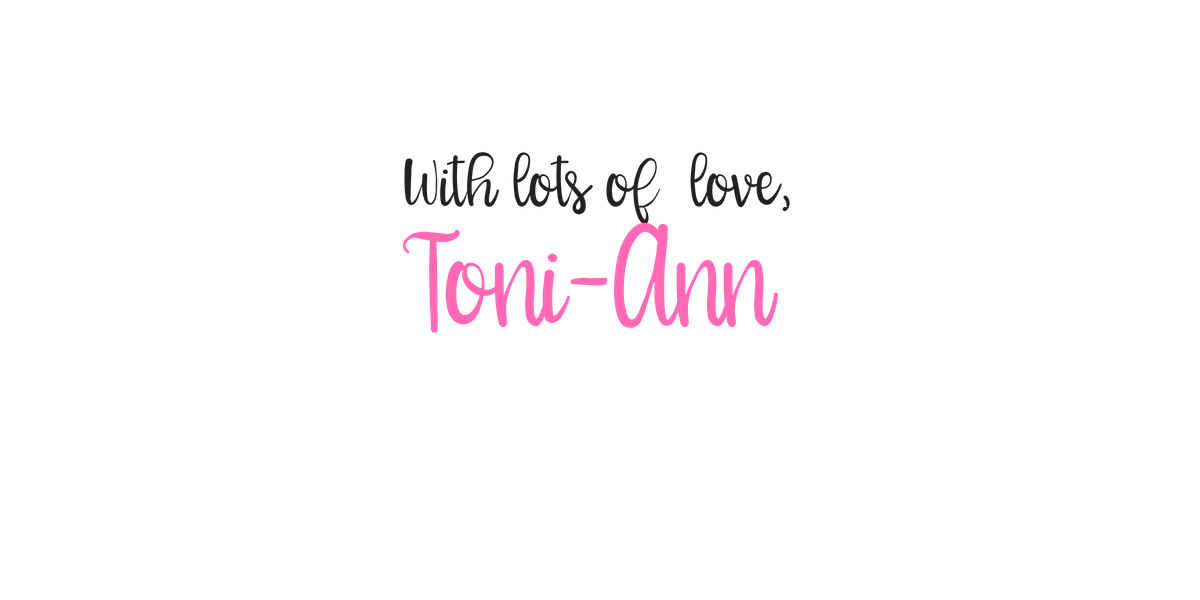