Parenting can be hard. Especially if you have a spirited or strong will child.

But it doesn’t have to be difficult.

On this episode of the Real Happy Mom Podcast, I am talking to Lynn from Happy Mama Wellness about a parenting style that will help you parent in a more calm and happy state.

Pin this for later! 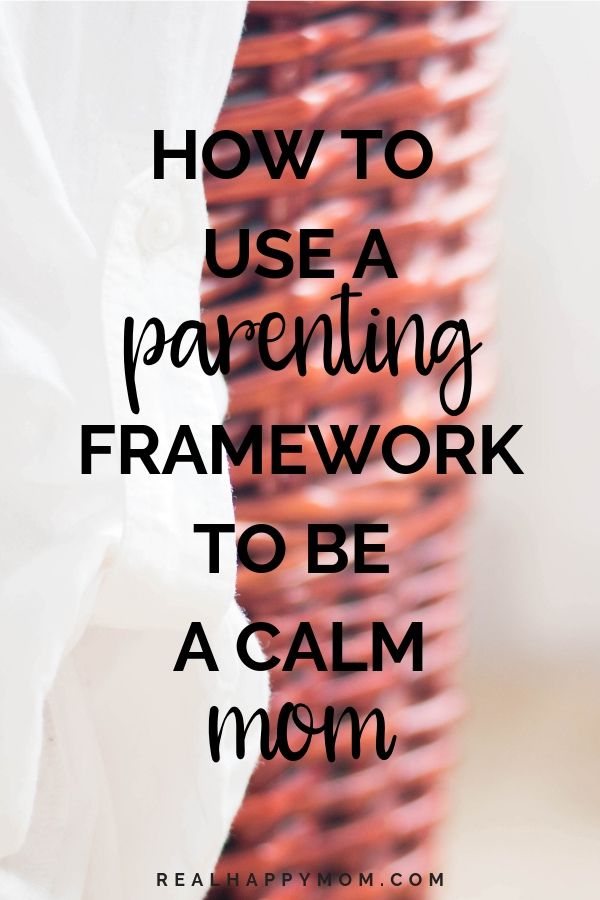 Before becoming a mom, Lynn was a marine mammal trainer for 12 years.

As a marine mammal trainer, Lynn got good at reading nonverbal cues in order to keep herself safe with the animals.

She was very observant of her surroundings and potential triggers.  Lynn was all about to growing a solid, positive relationship with the animals.

It is obvious that you can’t force an animal to do things. They have to want to work with you, engage and cooperate with you. And Lynn got really good at this.

Once she became a mom, Lynn left her career as a marine mammal trainer.

As her child got older she realized there were some similarities in the way she parented and trained animals.

She started coaching and mentoring parents utilizing operant conditioning, what she used to train the animals.

She was able to develop the Present Parenting Framework from it all.

What is the Present Parenting Framework?

This framework will allow you to channel your emotions into connecting and building a positive relationship rather than having those emotional reactions and outbursts.

You know. When you start yelling at the kids when they make a simple mistake.

So the framework itself is four steps and four agreements. So the four agreements are just kind of these pacts that we make with ourselves and with our children, about our place of intention or where the emotion, the interaction is coming from.

The first agreement is empathy.

So understanding why your child is behaving the way they are and kind of the reason behind the behavior. Because that’s really what we want to address is that that foundational issue.

Take time to understand what your child is feeling and what they are going through.

The second agreement is mindfulness.

So being mindful and present in the situation of your child’s emotional state and of your environment.

This requires you to focus on what is going on around you and disconnect from distractions.

The third agreement is respect.

This one is probably the most difficult for people to grasp because they think of their child respecting them. But this is mutual respect, right? And it’s so important because it’s not that your child then gets to rule the roost, but it’s respect in the essence that their thoughts, their feelings, their emotions are equally as important as what we as the parents are feeling or thinking.

The last agreement is patience.

Something that we are all working to have more of.

So those are the four agreements the create the foundation for the actions that you will take. Which leads us to the four steps.

So those are the four agreements. They kind of create that foundation of again your intention. The four steps themselves, these are the actual actions steps that we take are in order to calm, then connect and then depending on where we are, either model or teach.

The first step is to calm yourself down. And then calm your child down.

The easiest way to do this is to stop and take a few deep breaths. Esther taught us how to do this in episode 19.

Taking deep breaths sends signals to your brain to calm down and takes you out of the fight or flight mode when we are upset.

But we’ve got to calm down because all of us humans, when we get frustrated or angry or have that like instantaneous, like, oh my gosh, reaction, our sympathetic nervous system takes over and we go into fight or flight. We get super heightened. Our motions are like running really high and we react. And the whole point of this is to not react but to respond. So calming down. Shut that off. And now we are having a clear head to think and take in information and respond intentionally and not have those quick reactions.

Sometimes you may have to physically walk away to calm yourself down.

Remember that this parenting framework is to help you respond rather than react. The only way you can do this is if you are in a calm state.

The second step is to connect. Take time to connect with the situation, the environment and with your child.

The third step is to model. You want to model appropriate behavior. For example, when your little one gets frustrated and throws a tantrum, show them what you do when you are frustrated.

The fourth step is to teach. You want to teach when behavior is an issue and we want them to make better choices next time.

Real life examples of how to apply the framework

The present parenting framework is great.

Lynn walked us through some scenarios and how to use the framework in real-life examples.

We will go through a few here.

Don’t color on the walls

You come home from work and there is a mural on the wall that he created.

Your initial reaction is to raise my voice and start fussing at him.

Instead of doing this feeling bad later and making your son feel bad in the moment, you are going to utilize the present parenting framework.

Then, move on to step two, which is to connect. Lynn suggested trying something like this:

You’re going to say to them something like, I noticed not, why did you do this? I noticed there was a drawing, a beautiful drawing on the wall. Can you tell me more about that? And let them explain to you. If you leave it open ended like that, you’re going to get a lot of information. You’re going to get the emotion behind it. So they’re either going to be really proud, like, yes, I did that for you, Mommy. Or they’re going to be kind of embarrassed.

Connecting will allow you to get more information. You will be able to understand the intent and the emotion behind the artwork on the wall.

This will also tell you how you should respond next.

If the intention was very sweet like you little one drew on the wall because you always love their drawings, move to the next step of modeling to show a better way of coloring that doesn’t require repainting the walls.

The next step is to model or teach. In this example, we will teach.

You will show that coloring on paper is the best way to make artwork that everyone can enjoy.

You can even be proactive and set up a station or area that has coloring materials and paper so that your child knows that this is where to draw in the future.

The next scenario is, your oldest will hit his little brother for what appears to be no reason.

He doesn’t really hurt his brother but hits him just enough that his little brother responds with a loud noise.

Lynn mentioned that safety is an issue that shouldn’t be taking lighting.

If the hitting is actually injuring the sibling, there is a more serious approach.

But for this example, the hitting is not severe. It is more annoying.

First, you will go through channeling the four agreements: empathy, mindfulness, respect and patience.

Next, walk through the four steps.

Step one is to calm down so that you respond intentionally.

Next, you’re going to connect.

Avoid asking “why did you do that.” That immediately puts the child on defense. Instead asking what happened allows for more discussion.

By connecting and responding this way you may get answers like:

Once you understand the motive and intention behind the hitting, then it is time to address the behavior at the moment.

So, if the hitting happened because he wanted a toy that his brother has, we would talk about sharing.

If the response was that he was bored, try to find something to keep him occupied. Or have your child come up with ideas of things to do.

How to use declarative statements

I asked Lynn to give us one actionable tip to help us with our parenting today.

She shared how to use declarative statements to empower your child.

There are two types of statements we use when talking to people.

One group is called declarative. Which is giving information.

And the other group is directives. These are like orders or demands.

Many times we are giving our kids directives. Which, quite frankly, stinks as a kid and adult.

So in other words, it would be, do not draw on the wall. We’ve already talked about this. You’re not supposed to do it. Do not draw them all again. Right? That’s the directive. It makes them feel badly; it makes you feel badly. It makes you frustrated that you’re having to address this problem again. And so if you switch that over to a declarative statement, it changes everything.

Instead of using a directive, try using a declarative statement.

Using the previous example, instead of saying don’t draw on the walls, you could try this approach that Lynn gave:

Hey, I noticed you did that really cool stick figure on the door. It’s really awesome. I love it. But do you remember we talked about where to draw? Where’s the best place to draw? And then get them say paper. Yeah, you want to redraw it on paper so we can all enjoy it. Awesome. And then go about your business. So it’s almost like a little reminder of what you’ve already taught them versus, like a drill sergeant. Go do this. Pick up your toys. Clean.

Doing this will help keep your kids happier, empowered and prevent meltdowns.

Like Lynn mentioned, many meltdowns happen at the end of the day because of power struggles throughout the day.

All of the decisions are being made for them. Instead, give your child the information and allow them to make the decisions and choose what they are going to do.

This gives them some power back and prevents power struggles.

Links mentioned in this episode:

Have you subscribed to the Real Happy Mom podcast? If not, I’m encouraging you to do it today.

I don’t want you to miss any upcoming episodes. I am planning on adding some bonus episodes that you won’t find on this website, and if you’re not subscribed, you might miss out on those. Click here to subscribe in iTunes!

I would be so happy and grateful if you left me a review on iTunes too. Reviews help iTunes to know that this is a podcast for other moms so that other moms can find this podcast. Plus, it makes my day to read the reviews.

Just click here to review, select “Ratings and Reviews” and “Write a Review” and let me know what your favorite part of the podcast is. Thanks in advance!

Don’t have iTunes? You can subscribe to the podcast Google Podcast, Anchor, Spotify, Breaker, Castbox, Overcast, RadioPublic, and Stitcher.